A Republican 2014? The Evidence is Building 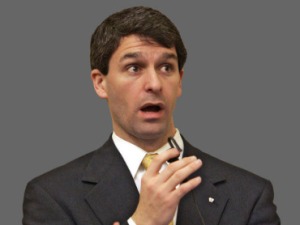 Could 2014 be a strong year for Republicans? It looks that way. At any rate, it definitely looks like it will be stronger for Republicans than Democrats. Not only are second-term Presidents often the victims of the “six-year itch”, midterms in recent years have had a natural Republican tendency, as Democratic voters drop out of the voting pool until the presidential election rolls around. Recent scandals tainting the Obama administration and growing disappointment among progressives are additional signs that 2014 might favor Republicans. In addition, consider these pieces of good news for national Republicans:

*Mark Sanford won his House race, despite being heavily outspent by the DSCC and virtually abandoned by the Republican establishment and being embroiled in scandal
*Chris Christie is heading for a landslide in the New Jersey gubernatorial race. His opponent, Barbara Buono, is doing so poorly that the top Democrat in the state is urging her to drop out.
*The special election in Massachusetts between Ed Markey and Gabriel Gomez is surprisingly close

All of the above seems to point to a more Republican-friendly environment than 2012. National politicians might soon have to get used to facing two electorates: a younger, diverse presidential electorate and an older, whiter midterm electorate. My theory, however, is that this disparity is Obama-centric and the gap between the two electorates will likely shrink after he leaves the scene.

The one bit of bad news for Republicans? Virginia. Although Ken Cuccinelli had been leading in recent polls, now it seems like Terry McAuliffe is ahead. And this is before Virginians hear of Cuccinelli’s extreme social views. To top it all off, the Virginia Republican Party’s nominee for Lieutenant Governor is E.W. Jackson, a Baptist minister who once compared Planned Parenthood to the Ku Klux Klan (Mr. Jackson is black, which gives him a certain amount of leeway in saying this). But it’s likely that Jackson will prove a hindrance to the Republican ticket and hurt Cuccinelli’s chances in November.

North Carolina politicos should pay special attention to the Virginia race. If trends continue, then North Carolina could be looking a whole lot like Virginia in about a decade’s time. But if Mr. Cuccinelli wins in November, then it will vindicate conservatives’ ideas that the only reason they have lost in the past is because they weren’t conservative enough. And it will also portend a very Republican November of 2014.

If that’s the case, then it’s unlikely that Democratic complaints against the General Assembly will have any traction. Instead, state Democrats will spend most of their time trying to save their lone U.S. Senator, Kay Hagan, who has to be wincing at this stuff coming out of the White House. The lower Obama’s approval goes, the less likely she has of winning a second term. Hagan rode in on Obama’s coattails in 2008, and her fate is tied up with his – whether she likes it or not.