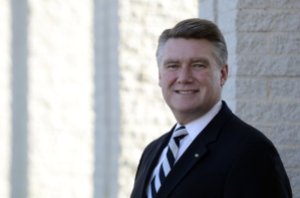 Today there came news of a movement to draft Rev. Mark Harris of Charlotte into the U.S. Senate race in 2014. The Charlotte Business Journal is also reporting that former Charlotte Mayor Pro Tem Lynn Wheeler could also be planning a run. The registration of two domain names – “lynnwheelerforsenate.com” and “wheelerforsenate.com” seems to confirm her interest.

Mark Harris is the senior pastor at Charlotte’s First Baptist Church and was one of the biggest supporters of the anti-gay marriage which passed last May. If Harris ends up running, he’ll probably campaign on a Santorumesque social conservative platform. It’s likely that he’ll also make an issue of Senator Hagan’s recent support for gay marriage.

Lynn Wheeler served seven terms on the Charlotte City Council, but has not held elected office in 2003. In the very remote possibility that Wheeler wins the Republican nomination, then this could help the GOP close the all-important gender gap in a race against Hagan. Congresswoman Renee Ellmers would be the most formidable female candidate, but she posted underwhelming fundraising numbers last quarter and this could affect her decision to run.

If these two dark horses actually end up running, there will be three Senate candidates hailing from Charlotte. Thom Tillis, Speaker of the House, is a near certainty to run and would be the immediate frontrunner. A lot of base conservatives, however, are unhappy with what they perceive as a lack of backbone on Tillis’s part. Tillis is walking a fine line: he has earn the trust of the conservative grassroots while at the same time not putting himself into a far-right corner which could hurt him in the general election. Over Facebook this weekend, Tillis warned conservatives that a “lack of discipline” could harm the party in 2014 and lay the groundwork for a Democratic resurgence.

Once the legislature adjourns, the Senate race will begin in earnest. As Republicans gear up to challenge Hagan, they’ll have to define themselves in a way palatable to both the party’s grassroots and the wider electorate. Failure to do so will mean defeat, whether in the primary or next November. The first test will come exactly one year from now – May 6, 2014.