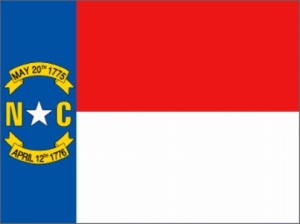 Since I’ve been gone for the past month, I thought it might be necessary to recap what’s been going on lately in NC politics, for anyone else who has not tuned in for over a month.

1. Howard Coble is retiring. A number of candidates have jumped into the race to succeed him. This is the 6th District, which is strongly, but not solidly, Republican. The Republican frontrunner is Phil Berger, Jr., whose father is the Senate pro-tem.

2. With the filibuster rules in the U.S. Senate being revised, Mel Watt’s nomination to federal office no longer looks as imperiled as it once did. If Watt is nominated, there will be a special election to succeed him. This is the 12th District, the notorious “snake district” and it is solidly Democrat, giving President Obama 79% of the vote in 2012. It is not clear who the frontrunner is. State Senator Malcolm Graham is from Mecklenburg and should have a strong geographic base. Marcus Brandon, Representative from Greensboro, has raised the most money. And Alma Adams, also a Representative from Greensboro, was ahead in the last poll conducted by PPP a couple months ago.

3. Jim Duncan is not going to be challenging Renee Ellmers. Frank Roche, formerly a candidate for state treasurer, will.

4. McCrory’s approval ratings have stabilized, though they are still not good. The national environment has shifted in favor of the Republicans because of discontent over Obamacare. This is making Democrats less competitive in North Carolina; their lead on the generic ballot test has been almost completely erased. This does not portend a Democrat takeover in either chamber of the General Assembly.

5. Hagan’s leads over her respective Republican challengers have similarly been erased. The Senate race is now a dead heat. The Republicans running against her have little name recognition, and Hagan cannot break 45% against any of her opponents. Hagan’s fortunes are largely outside of her control, if 2014 strongly favors Republicans then she will be hard-pressed to keep her seat.

6. Thom Tillis leads in the Republican primary for U.S. Senate. Mark Harris and Greg Brannon trail the House Speaker. With no ads having been run yet, the nomination is still very much up for grabs. The advantage will go to the candidate who will have the resources to broadcast his message to the Republican primary electorate. In the event that the leading candidate does not crack 40% of the vote, the runner-up has the right to request a runoff.

8. Challengers for next year’s legislative elections are starting to come out of the woodwork. A list of these candidates can be found on the NCFEF Candidate Tracker.

9. A Republican wave gives the GOP a 50/50 shot of maintaining veto-proof majorities in both chambers of the General Assembly. Such a wave would also doom the reelection prospects of Rep. Mike McIntyre, who will be in a rematch against former State Senator David Rouzer next year.

10. In the past I’ve written that Senator Burr is a likely retirement prospect. Should Republicans gain control of the Senate, the chance that Burr will seek a third term goes up substantially.

11. The folks at PPP will be out with a new poll this week. It will be interesting to see whether the ad assault has taken a toll on Senator Hagan’s numbers.