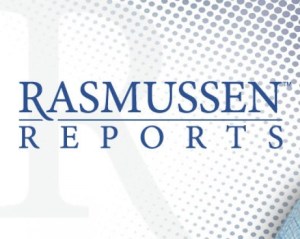 Rasmussen Reports is out today with its first look at the North Carolina Senate race:

These were the only candidates tested. If the poll is accurate, how can we reconcile this with PPP showing Hagan’s Republican challengers with much smaller leads? It’s probably because Rasmussen’s sample is composed of likely voters while PPP’s sample is composed of registered voters. Likely voters, especially in midterms, are more likely to be white, older, conservative, and Republican-friendly.

An electorate that looks like 2010 will probably yield a result similar to Rasmussen’s. An electorate that more resembles a presidential electorate, with a highly energized Democratic base, will look similar to PPP’s. Either way, Hagan is trailing, which ought to be worrisome news for her. It’s possible that the GOP’s numbers in this race will dissipate when the race really gets going. Voters don’t like Hagan and they’re ready to toss her out and put a Republican in. Will they feel the same way once they can put a face and a name to her Republican opponent?

Another interesting difference between Rasmussen and PPP is who they show as the strongest Republican challenger to Hagan. PPP has Brannon polling stronger than Tillis against Hagan, while with Rasmussen it’s the reverse.

Hagan is clearly vulnerable; except for Mark Pryor in Arkansas she’s probably the Democrat incumbent in the worst shape for reelection. But there are so many unknowns here – from the polling numbers of the Republican legislature and the ever-changing national environment to a potentially messy primary and runoff – that putting this in the ‘Tilts R’ category is premature. One thing is for certain: this is going to be a very competitive race. The amount of cash that will flow into North Carolina will stagger the imagination. Little wonder, with control of the Senate at stake.