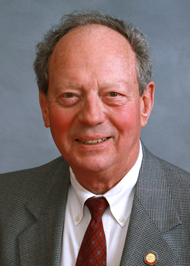 Rep. Winkie Wilkins, a Democrat who represents Person and Granville counties in the North Carolina House, will retire after his current term. Wilkins is supporting Brannon Ray Jeffers to succeed him. Jeffers is a Person County Commissioner and also a Democrat.

This district, HD-2, was drawn by the legislature and “double-bunked” both Wilkins and conservative Democrat Jim Crawford. For supporting substantial portions of the Republican agenda, Rep. Crawford was punished by his party and lost the primary to Wilkins, who was more of a liberal Democrat. Wilkins went on to win the general election against Timothy Karan, 57%-43%. Karan serves on the Granville County Board of Commissioners.

HD-2 is a potential Republican pickup, but the state political environment, and facing off against a moderate Democrat, makes that difficult. McCain carried the 2nd 53-46, and Romney won it 54-45, but the district is much more Democratic at the local level. Democrats have a huge 53%-25% advantage over Republicans in terms of voter registration, and African Americans constitute a substantial (27%) proportion of registered voters.

Still, in an open race in what seems to be a favorable midterm environment, Republicans would be wise to invest here. In a year where the state GOP will mostly be playing defense, the open seat gives the party a chance to play offense. But disenchantment with legislative Republicans could make things difficult, especially in such an ancestrally Democrat district.